Ego is nothing more than the erroneous “belief” in separation.

It is strengthened by false identification
and attachment to the body-mind-person idea. 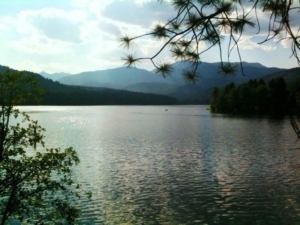 Instead of the word “ego,” we could just as easily use the acronym B.I.S. (Belief In Separation, or BS if you are so inclined). This way you wouldn’t have to concern yourself about whether or not the ego is real or needs to be destroyed.

If you have ever experienced doubt, insecurity, fear, anxiety, or judging others, then that is B.I.S. Whenever you notice this, try to maintain awareness, witnessing, prayer, or Self-inquiry. This will lead you back to the very Truth of your Being. Don’t pretend that this belief isn’t there. Otherwise, you will think the thoughts are “you” or are real and will lead you falsely. This belief, however, will dissipate with heightened awareness, determination, and a bit of Grace.

Believing that you are a separate individual-self causes delusion and loads of suffering. It’s a no-brainer that to realize what you really are would solve everything (or rather dissolve everything) and restore real happiness, peace and freedom.

Ideas and beliefs exist only in the mind, not in Reality. They have no power on their own except the power you give them by thinking they are real.

When you think something is real, it will seem to affect you, or rather your mind. You will have no peace of mind but will instead react feeling like the victim. Believing you are a separate individual with a body that can be born and die, is an unconscious belief and is out of your awareness. That’s why bodies and death seem so real. 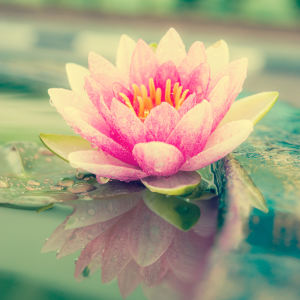 Self-inquiry, prayer, determination to know Truth and to see beyond illusion, Satsang and so on, will help dispel this belief. Return your awareness as often as possible inward to the Self, to God, to the Immortal Spirit you truly are.

Without ego, or B.I.S., you are Pure LOVE just as you have always been throughout Eternity. You are always and forever LOVE, vast open Eternal Peace, and all those other words we use to describe the indescribable expanse of Pure Being. Nothing in the dream-movie can ever change that. But the conditioned B.I.S. mind will veil this Truth and so you experience suffering.

This belief and false attachment must first be recognized so that it can be dissolved from the unconscious mind. Without recognition, the B.I.S. will do anything to keep its illusory image-self going and hope that you don’t notice.

Ideas can take on a false power of their own (only in the mind, of course) if you don’t recognize the true nature of your Self. Once you are truly aware, false conditioning begins to loosen its hold over your mind, and the world no longer has any effect on you. You truly come to feel and know that you are not the body or the mind.

The power of your belief is what makes the world-illusion seem so real and true. But illusions are never true. Without feeding the idea with your constant attention and belief, the idea goes nowhere and you are instantly back “Home” in the ONE Perfect unchanging Reality of the Blissful Self.

So as you can see, ego is nothing more than the idea of what you think you are and the belief you have about your very existence. Otherwise ego doesn’t exist, just like any other idea.

It helps to realize that the idea of “separation” from Self/Source/God never actually happened! And so it isn’t real. It is a false notion. And what isn’t real can never be true. But the attention you give to something can believe whatever it wants.

One may think the world they see is true and of real substance and actually exists outside of their own mind. This is duality. They are not fully aware that it is all coming from their “movie-projector” mind. Yes, it looks like it’s out there but is still in the mind. The entire phenomenal world is in the mind and we are simply watching the movie. This should make it easier to look past all appearance and behavior. It would seem effortless to forgive figures or characters in our own movie that we ourselves scripted. One comes to realize it is all You. All is the Self. This actually reveals the natural Bliss and Peace that is Reality ItSelf. 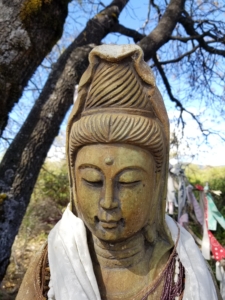 When one turns their attention inward to the Self, the world is nowhere to be found but will instead be seen through the eyes of LOVE.

The mind may put up resistance whenever you try to question the illusion. Keep questioning it anyway, especially if it’s Truth and freedom you want. Once you realize the Self, freedom seems ironically illusory. You realize you were always free and that you were never asleep.

You may also notice resistance come up whenever you try to meditate, go to Satsang, do Self-Inquiry, truly forgive, or decide on complete liberation in “this lifetime.” Stay determined. The feeling of separation temporarily disappears whenever you feel peaceful or filled with joy. But until this belief and false identification to the body/mind is recognized, its conditioned influence returns.

To undo this unconscious belief and attachment, one must be persistent in catching those moments when you are identifying with the body or person. Don’t go to sleep here. There will always be some sense of disturbance, suffering or loss of peace that comes with this identification.

Identify instead with the Immortal Spirit and Empty Peace you are. Maintain this as your True position and all will be made Whole. Eventually all else will be seen to be non-existent.

“You are ONE with a LOVE that is beyond anything the mind can grasp or define.
This LOVE is not of this dream world.
And no matter what appears in your dream movie,
your real nature as LOVE remains eternally unchanged ~
since nothing in the dream ever happened at all.”
~ Saan Ma